We’re going to talk geraniums and pelargoniums.  I am developing a love for both, however it’s only recently that I’ve discovered I’m calling one of them by the wrong name. I’m learning to tell the difference, and it’s a useful skill because the two types need to be cared for differently.

True geraniums are also known as cranesbill, because of the shape of their seed heads, which look a bit like the long and pointed beak of a crane.  There are many species of geranium – this is one from our garden, fairly typical of the cranesbill I think:

It’s a hardy perennial,  clump-forming, grows well in sun/partial shade and can easily be divided – I have a very large clump of this, which is still a bit too big even though I took away about a third of it in spring to replant on the other side of the border.  You can recognise a cranesbill because of the beak thing, but also by its flowers, which have five petals, all identical.  These grow on individual thin stems which come from from fibrous roots.
And now for pelargoniums.  It’s important to know that these are tender – they don’t grow in cold climates and must be cultivated in a greenhouse and planted out in summer. They’re also sometimes used as houseplants.  There are many different varieties of pelargoniums too and you can also identify them by looking at the petals – there should be five, but the upper two will be a different size and shape to the other three.  They grow on succulent, thick stems, which help to hold moisture during times of drought, which would be typical of their preferred climate – hot and sunny.

Both of these plants belong to the family Geraniaceae,  and when pelargoniums were first introduced to Europe from South Africa, it was assumed they were the same.  However when their differences were finally identified in the 1780s, the newcomers were re-classified as pelargoniums.  However, by that time most people were calling them geraniums, and still do.

Interestingly, the name also contains a bird reference; pelargonium derives from the Greek for stork, pelargos.  The seed heads of this plant look at bit like that of a stork, and so these are commonly called storksbill.  They’re also the plants which have that distinctive smell you might recognise – one that makes me think of warm sun, greenhouse glass and green leaves.

So there you have it – a bit of history, botany, Latin and two confusingly similar plants!  As I say, I’ve developed a real fondness for both – I like the tough and resilient geranium/cranesbill and enjoy watching it fill out my borders during the spring, giving a much-need burst of purple.  But I also love the delicate flowers of the pelargonium/storksbill, their scent and the sometimes gaudy leaves.  I acquired one of each recently which are new favourites…

…and I’m looking foward to nurturing them over the winter – I don’t mind the extra work necessary by their tender nature.  I’ll happily take cuttings and grow these on under glass to go back out again next summer.

Finally, I must give credit to the book which has been very helpful in writing this post – RHS Latin for Gardeners, which geekily combines many of my loves – gardening, language, Latin, and gorgeous books! 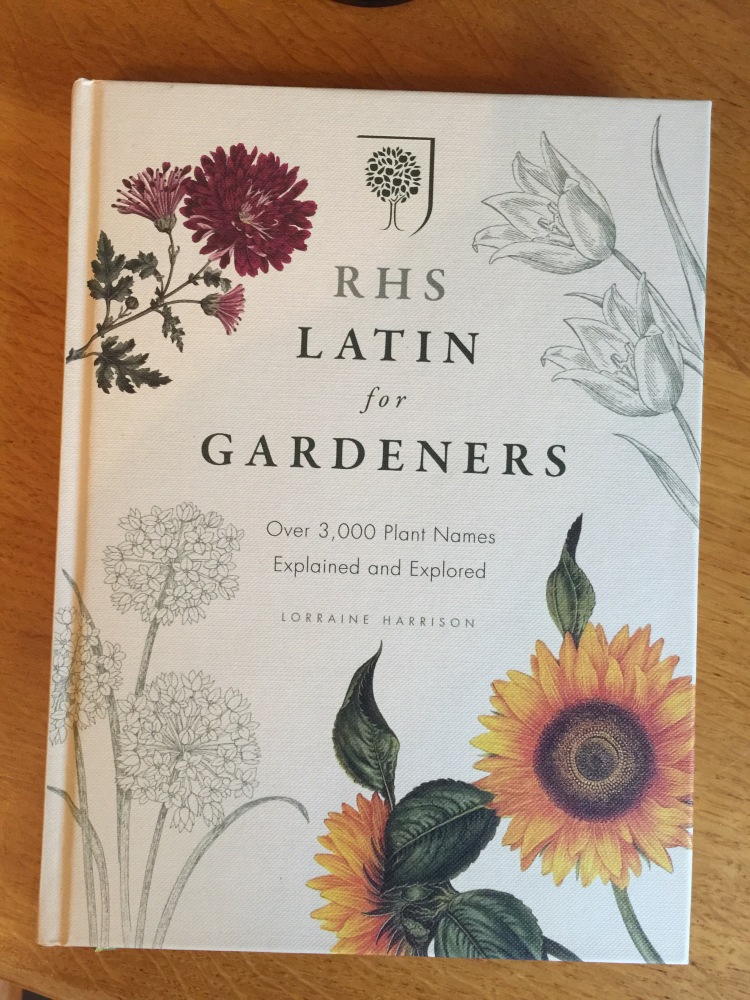