Sometimes spending just 10 minutes in the garden can be just as satisfying as a whole day.

This afternoon I grabbed the opportunity to do some digging – I’m anxious to prepare the raised beds for the new growing season and had a few spare minutes, so grabbed a spade and fork and got to work in the late afternoon sun.

10 minutes was enough to dig over one raised bed, incorporating a trug-ful of homemade compost.  It’s the bed I’m using for fruit and rhubarb.  There are two crowns already pushing up a number of vivid pink stalks , four small strawberry plants I grew from the runners of a very old one which has since been composted, plus the resurrected shoots of a tayberry which I (mistakenly) pulled out last year. There are now six raspberry canes soaking in a bucket overnight, ready to join this bed as soon as I get the chance to plant them tomorrow.

Look how good this soil looks – ready to grow lots of great stuff! 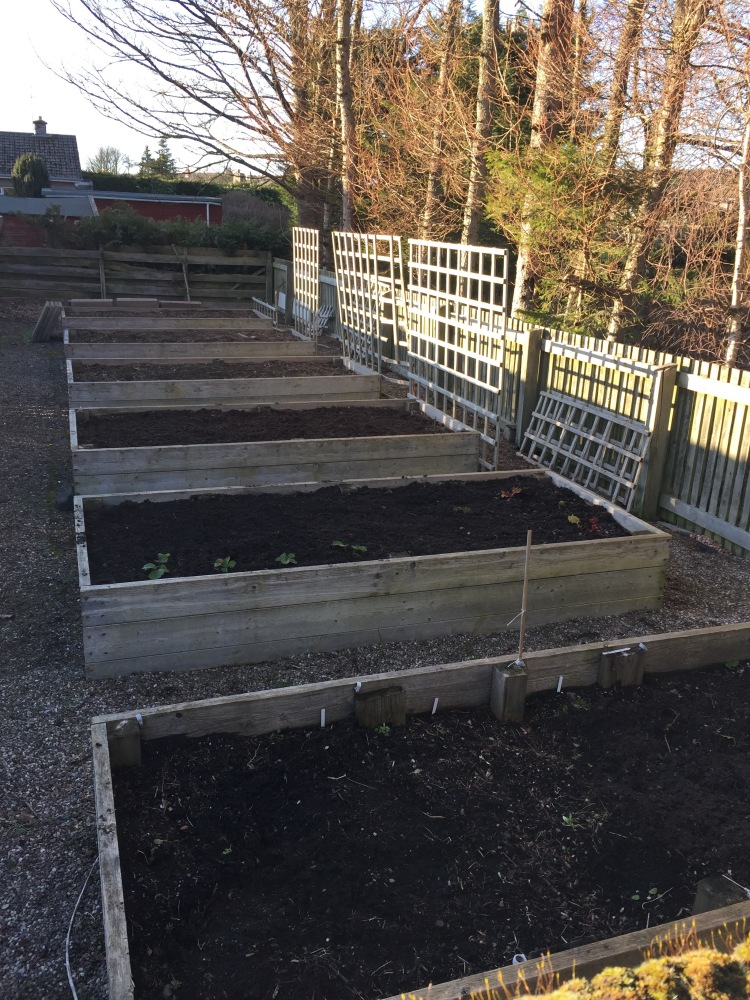 A bit bare at the moment, but I have big plans for this area – lots of fruit, veg and flowers in the short-term and hopefully a potting shed, maybe a greenhouse in the future.  I call it the Secret Garden, because it’s hidden behind a door to the side of the main garden, and there’s so much potential in it, both for growing things and for creating a very special private allotment.  Watch this space.